If you are interested in knowing more about, or helping us with these projects please contact us!

1. Object Recognition and the representation and organization of object knowledge. 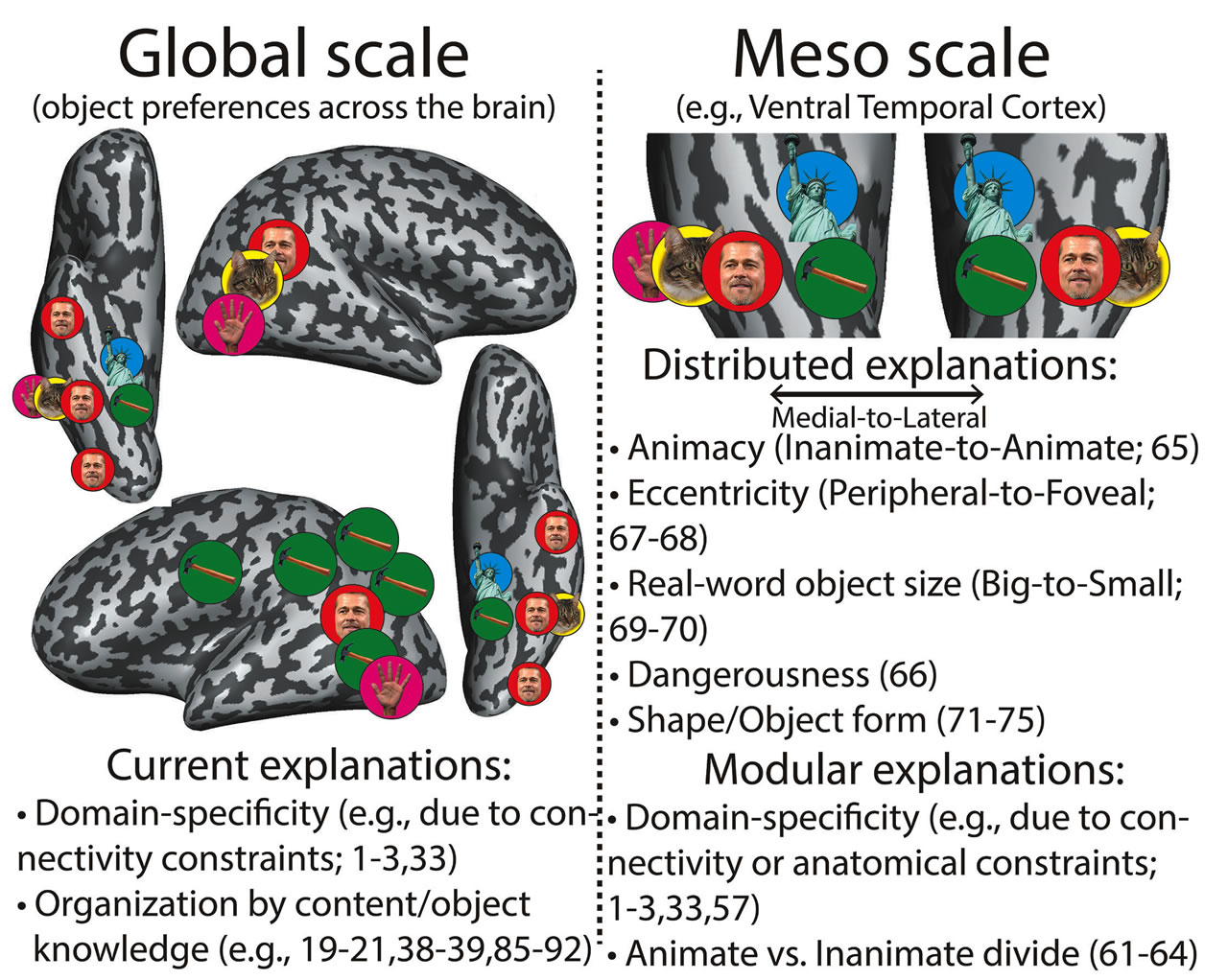 This line of research measures causally how the brain processes information locally and globally by using Transcranial direct current stimulation (tDCS), and explores connectivity constraints on neurocognitive functioning. Specifically, in this line of research we use functional magnetic resonance imaging to unravel these questions. This line of research has been showing that local neural organization and category-specificity, for instance within ventral temporal cortex, depends also on information integration in remote nodes of functionally-specified neural networks. That is, local neural representation and organization is (partly) specified by information integration with remote nodes of functionally-specified neural networks. 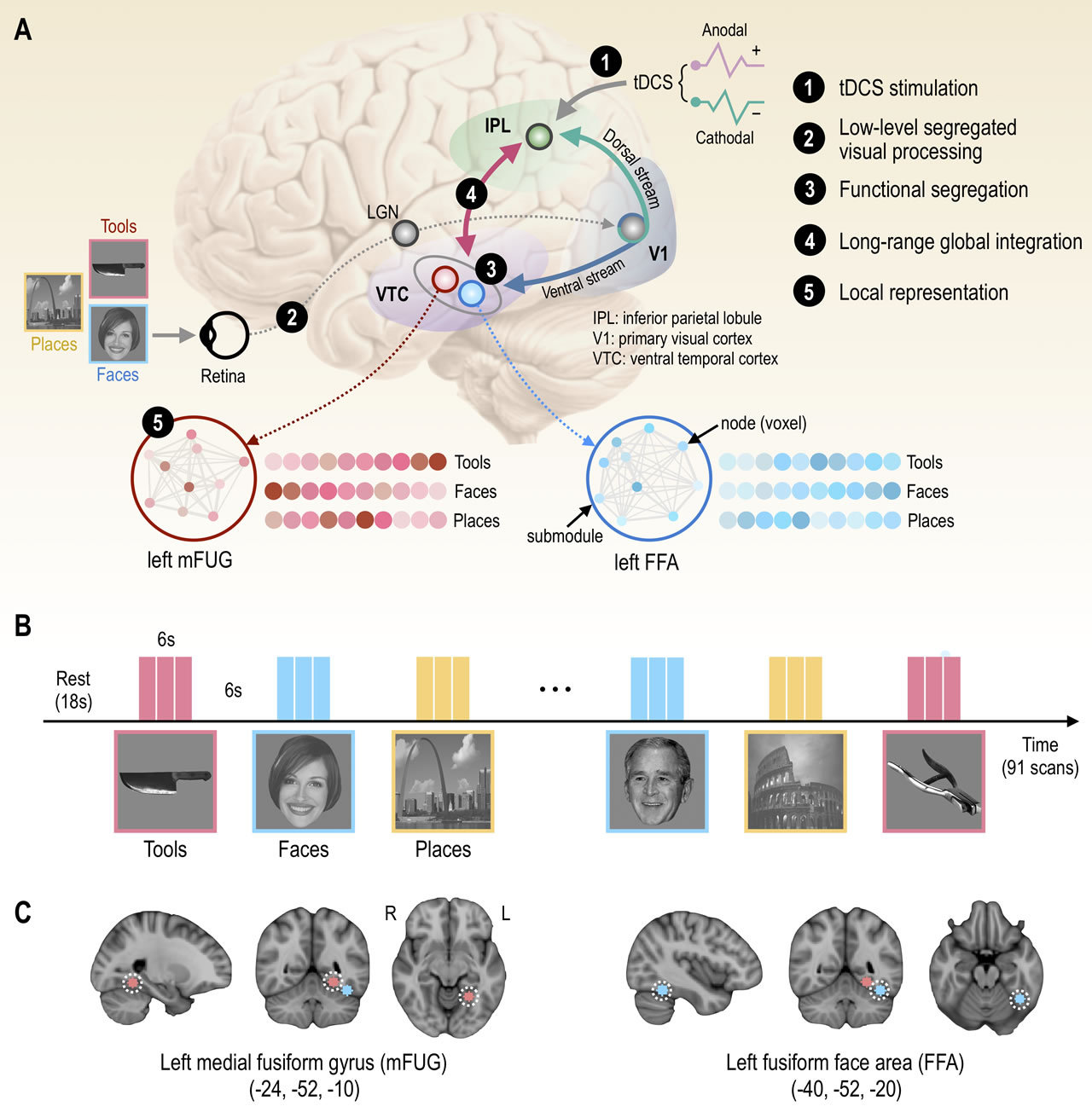 In this line of research we focus on two special populations: the congenitally deaf and healthy elderly individuals. 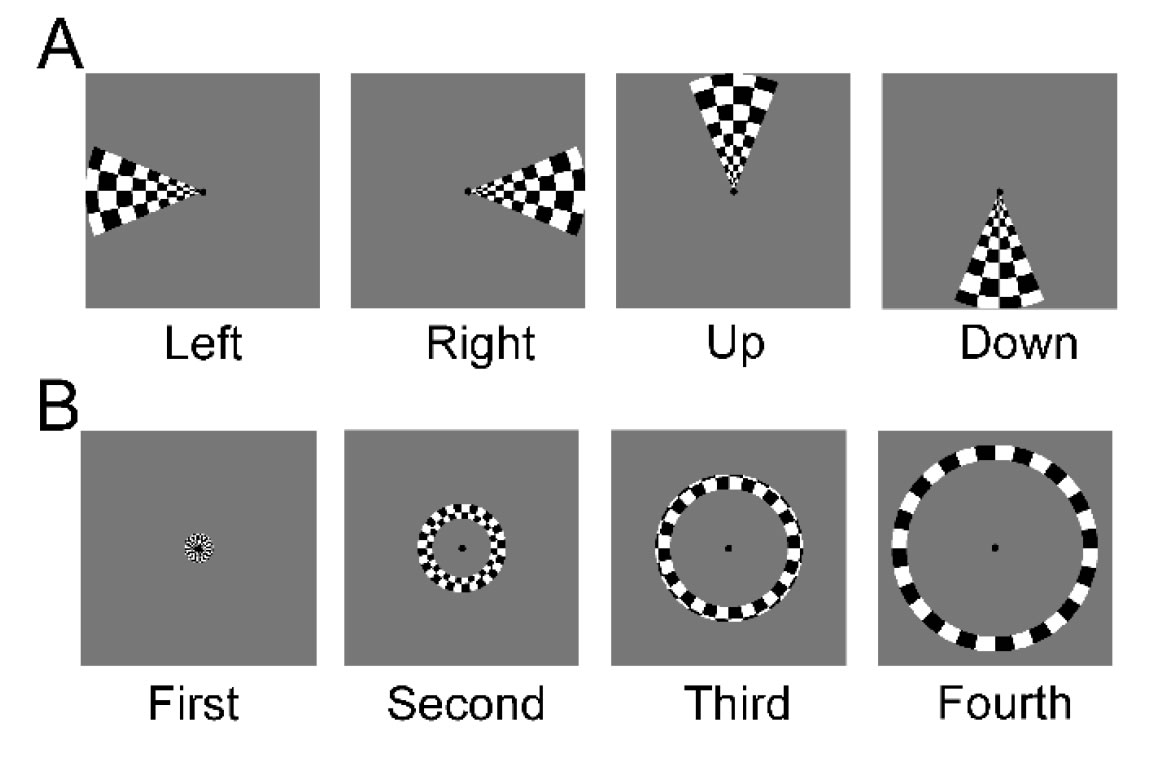 3.2 Regarding aging, we are focusing on developing strategies to maintain or enhance cognitive functions in the elderly via exploring plasticity. We used an innovative design to explore the synergetic effects of cognitive training combined with tDCS to investigate neuroplasticity in older adults. Our data shows an improvement in verbal and visual episodic memory tasks in the groups receiving cognitive training plus tDCS. This holds promise as a means to enhance cognitive functions in healthy elderly.

Low on High: the impact of low-level vision on high-level processes such as object recognition.

In this project we focused on how the architecture of the visual system shaped how we recognize (manipulable) objects. This line evolved into two main branches: one that dealt specifically on how information processed by the dorsal visual stream affects the recognition of manipulable objects; and one that studied how subcortical visual pathways, such as the Parvocellular and Magnocellular pathways, have shaped the macroscopic organization of object knowledge in the brain.

1. Dorsal stream and ventral stream processing in the service of tool recognition 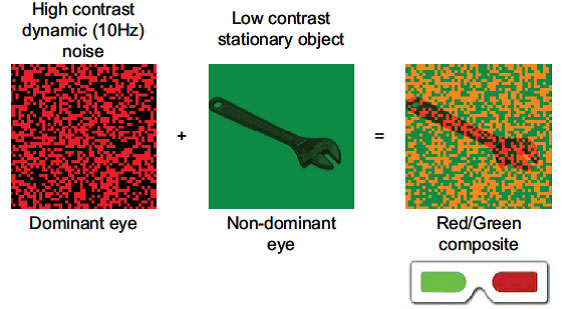 2. The role of Subcortical Parvocellular, Magnocellular and Koniocellular pathways in the processing of tool items:

In this project we set out to understand the contribution of the different subcortical visual pathways in the processes that subserve tool recognition. The existence of different channels within the visual system places strong constraints on the types of information to which we are sensitive in our environment, both during online processing, as well as on an evolutionary timescale. The central question that we wanted to address in this specific aim was whether the signatures of low-level segregation within the visual system have shaped the organization of high-level object representations. To address this aim, we based a series of experiments on the physiological models of how different pathways feed cortical visual areas. We used psychophysical methods to bias the processing towards different visual pathways, and examine, with behavioral and functional imaging analyses, their role in tool recognition. Data from this line of research indicates important influences of segregation between Parvocellular, Magnocellular, and Koniocellular channels on tool recognition. We found that P-biased stimuli drive tool-preferences selectively in inferior parietal regions, whereas M-biased stimuli selectively drive tool-preferences in Superior Parietal Cortex, and K-biased stimuli selectively drive tool-preferences in posterior/superior parietal regions. These data show that segregation within low-level systems has a dramatic effect on tool recognition processes. We have a couple of on-going projects that will continue to exploit these dissociations within the neural network that supports tool processing by the type of visual input. 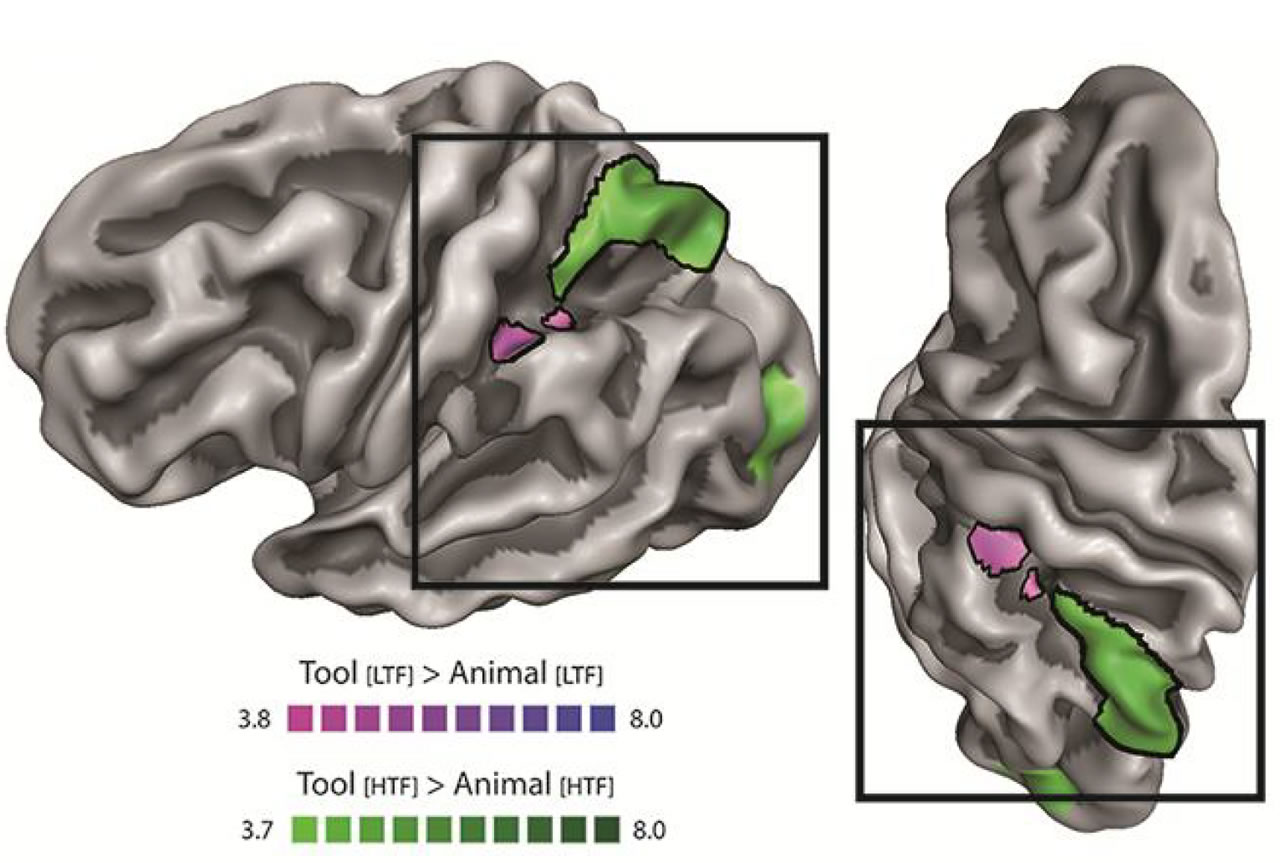