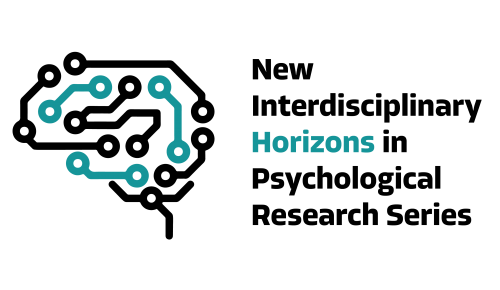 NeoPsych (short for New Interdisciplinary Horizons in Psychological Research) are a series of academic meetings that aim to set a standard for what the Psychological Research arena and its interdisciplinary interfaces in Portugal should be for the upcoming decade. The events are free to attend but the registration is mandatory. The first event of the series takes place in October 2021.

Check the program and the speakers at neopsych.org

The overarching goal of the New Interdisciplinary Horizons in Psychological Research Series is to set a standard for what the Psychological Research arena and its interdisciplinary interfaces in Portugal should be for the upcoming decade. Despite the Cognitive Revolution in the late 60’s early 70’s of the 20 th century, and the continuous Decades of the Brain since 90’s, Psychological Science in Portugal continuous to be detached from the now established role of the neurosciences, cognitive sciences, computer sciences and technologies in the field worldwide. Throughout the best Psychology Departments in the world, all these interdisciplinary domains are central in the research efforts of the faculty of these departments and their research centers. The situation in Portugal is, however, starkly different: the faculty of all the Psychology Department countrywide include a very small number of neuroscientists and cognitive scientists (no more than 5% of the faculty work in these fields) with scarce interface with computer sciences and technologies, and the situation is no different in research centers. As such, we feel that we need to serve as catalysts for the development of an interdisciplinary science-based Psychological Research that is centered in modern and cutting-edge developments in science and technology.

One way to achieve this is to create forums that openly discuss frontier areas and how they are/should be central to Psychological research. Our series will involve 3 one-day meetings that will discuss different science topics that should be currently part of a modern Psychology Department and that would certainly lead to internationally recognized research programs.

The topics of these 3 meetings will be: molecular and animal neuroscience; artificial intelligence and computational neuroscience; and cognitive neuroscience and neuroimaging. Each of these forums will include a set of local and internationally renowned speakers. Overall, speakers will be asked to present their groundbreaking work under the overarching theme of how that work relates and can advance Psychological Research (bringing into the discussion how this has been an overwhelmingly positive step for Psychological Research Worldwide)

The first of the 3 meetings is now open for registrations. We encourage researchers in any career stage to register and follow the event happening on October 8th.